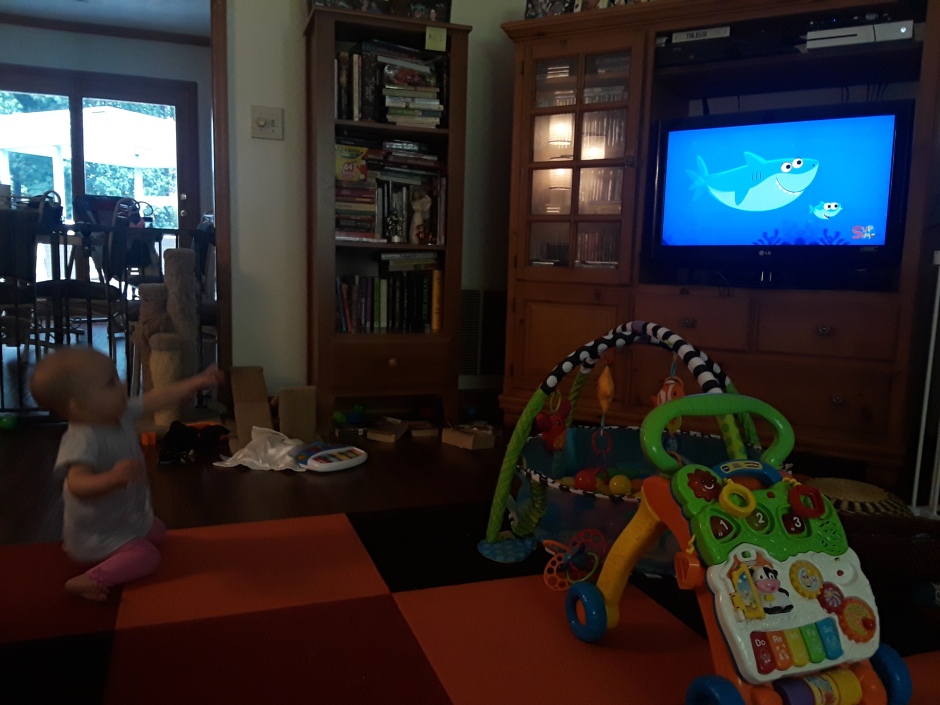 While Lily enjoys watching Baby Shark (doo doo doo) I thought I would get a few thoughts written down. The first is that the suggestion that children have no screen time whatsoever before the age of two is absurd. The second absurdity is the idea that two parents can raise a healthy family while maintaining two “fully-equal” full-time careers.

A while ago my wife got me to read a book called Opting Out by Pamela Stone. In exchange, she was supposed to read Milton Friedman’s Free to Choose, and she swears that someday she’ll finish it. Anyway, I didn’t much care for Opting Out, but it did drive home a very important point. The fully equal dual-earner household is a myth. Someone’s career will take a hit and usually that someone is the woman.

Of course, the book attributed this to a vague notion of sexism and discrimination, but it never really sold me on that contention. I think a far more likely, less nefarious, but much more powerful culprit would be the basic laws of economics. So in the spirit of Friedman, I’m going to examine the natural economic forces at play in the economics of the home, guaranteed to be more informative than your high school’s version.

Part I: The Household

To begin, it is important to note that the dual-income parent model only gained popularity within the last 50 or so years. Not even one generation, cradle to grave, has come to pass. So I think it is safe to say that there it will be years before we become fully aware of the various side effects of the widespread adoption of this household model. Still, the first batch of kids raised under this model are now having kids of their own, so we have some preliminary data to go on.

This brings up an important distinction: the difference between a “dual-income” household and a “fully-equal dual-income” household. Whereas the first term just refers to both parents earning income, the latter distinguishes households where both parents pursue full-time careers with neither career taking preference over the other. A household where one spouse works part-time or whose career is intentionally put on the back burner so that they can take on primary child-rearing duties would be considered dual-income, but not fully-equal.

There’s the rub. Trying to maintain a sort of purely egalitarian dynamic where both the father and mother take equal parts in both child-rearing and career progression not only ignores the fundamental benefits of the division of labor, it becomes an impossible balancing act.

Back to the data: Another 2015 PEW study further breaks down the numbers into part-time and full-time employment. Apparently, the 6% of families where “only the woman earns” I referenced above includes dads working part-time (in addition to working not at all), but the 60% of families who are “dual-income households” includes ones where mom works part-time. So if dad works part-time mom’s the breadwinner, but if mom works part time it is “dual-income.”  Thanks a lot, PEW, way to obfuscate. Anyway, we are left in the end with 46% of all households having two full-time earners, so it is still the single most common model with dad full-time and mom not-employed coming in second at 26%.

What else did PEW find? Well, first of all, they found that the division of labor in the house is (surprise!) not equal. In every area they looked into, from managing the children’s schedules to discipline, the majority of respondents said that either the woman does more or they share “equally.” In no area did more people answer “the dad does more” than “the mom does more.”  A full 62% of respondents said that neither career takes priority, yet moms are more likely than dads 41% to 20% to say that parenting makes career advancement more difficult.

All this data suggests that the situation for the average dual-earner household is really thus: both parents agree on paper that their careers should be equal. Yet the necessities of parent rearing just don’t actually play out that way because it is an impossible task to balance labor perfectly. One person naturally takes on more parenting responsibilities which in turn makes it impossible for them to maintain the same level of focus on career. Usually, it is the woman who takes on more child-rearing and subsequently sees her career take a hit, and we can get into the reasons for this later.

Before this blog gets too dry and dense, let’s examine an example of how these dynamics play out in real time. No matter how many aspects of childcare you can outsource, there are times when a parent is needed. When a kid gets sick and is throwing up green bile at 4:00 a.m. they need a parent to take them to the doctor. That parent is going to have to call into work and be late. These aren’t rare and isolated episodes either, take it from me. They add up to the point where no matter what you may think, all other things equal, you are a less valuable employee than Johnny no-kid or Bob has-a-stay-at-home-wife.

If you don’t believe that having a child makes it harder to get work done, take a look at my office.

Suffice it to say that my wife usually gets more work done on any given day.

So the only way even in theory of having a “fully-equal” dual-income household where no career takes priority is to have both careers take hits in exactly equal measures. Each parent takes on exactly as many work-compromising responsibilities (and let’s face it, even parenting after hours can take something out of you that could have been saved for work… usually a good night’s rest).

In reality, this rarely, if ever happens. According to one study from The Ohio State University, not surprisingly it is usually the woman who takes on more of the child-rearing and house-care responsibilities. Even with households that previously saw an equitable division of household labor, that goes out the window when the first baby arrives.

Then, even if you do manage this absurdly complex balancing act of childcare equality you will still see one parent’s career take priority over time. The reason for this is simple: no two people are exactly the same. Over time, whether it be by skill or dumb luck, potential earnings will diverge. It is absurd to think otherwise. One partner will start to earn more or have the potential for substantially more earnings in the future. When that happens, you will be faced with choices.

Unless you are both making Beyoncé and Jay-Z level money, income will be a factor in household decision making. When your two bosses ask you to stay late on the same day and someone still needs to pick the kid up from daycare, you better believe that the boss paying $80,000 a year will get preference over the one paying $40,000. That is just the rational decision, plain and simple. Once this happens, it creates a feedback look which further reinforces the value of the top earner, pushing their career trajectory higher while depressing the other.

So what is the cost of having one full-time earner’s career take preference? Well if you went into the relationship thinking you would both be equal (or even secretly hoping that you would actually end up as the main breadwinner) then the disillusionment can cause real strife. Unfortunately, and somewhat surprisingly, I’ve found very little research concerning the relationship between full-time dual-earner households with children and likelihood of divorce, especially accounting for other variables such as overall household income… that or all the good stuff is pay-walled and I’m not about to shell out the money to get into those research publications. For now, let’s just say the jury is out.

The bottom line is that the fully-equal dual-earner household is never really fully equal. The “dual-career” household, i.e. a household with two professionals going after their careers full tilt, is even less viable. This makes perfect sense when considering the benefits of the division of labor.

As Adam Smith famously observed, the productive capacity of each person is increased when their labor is divided into its component parts and then people specialize in these components. This is the basis of the assembly line: a crew of ten people, each working a different process, are able to produce more finished products than if each of the ten was involved in every single process. Put another way, a guy who spends every day brewing beer will get better and faster at it than a guy who brews on the weekends and farms grain for his day job.

There is no reason to think that the same gains in efficiency wouldn’t apply to a household. With one person specializing in career and the other specializing in child-rearing, they will necessarily be able to “produce” more than they would if the various tasks were divided completely equally. Even when the two decide to share the load “equally” for moral reasons, the practical incentive to divide labor and specialize remains.

Let me reiterate: there are reasons (moral and otherwise) to try and have both parents involved to a degree in the various tasks of child-rearing, housework, and where practical, career. It can be better for the relationship, for example, when the parents take turns doing chores or watching the children. To attempt to remove all specialization, however, ignores the fundamental economic incentives to have a person whose primary role is breadwinning and a person whose primary role is child rearing. Even something as simple as having one parent who can work overtime as needed while the other one takes care of the kid after hours can make huge differences in earning potential over the long run.

Sure, you can outsource all of the child-rearing to a third party, but most people can’t afford a full-time nanny and as such can only outsource part of the child rearing via daycare. That is unless you have a full-time grandparent to raise the kid for you, but that invariably comes with its own set of drawbacks. You know, like living in the same house as your parents again. As Milton Friedman said, There’s No Such Thing as a Free Lunch. 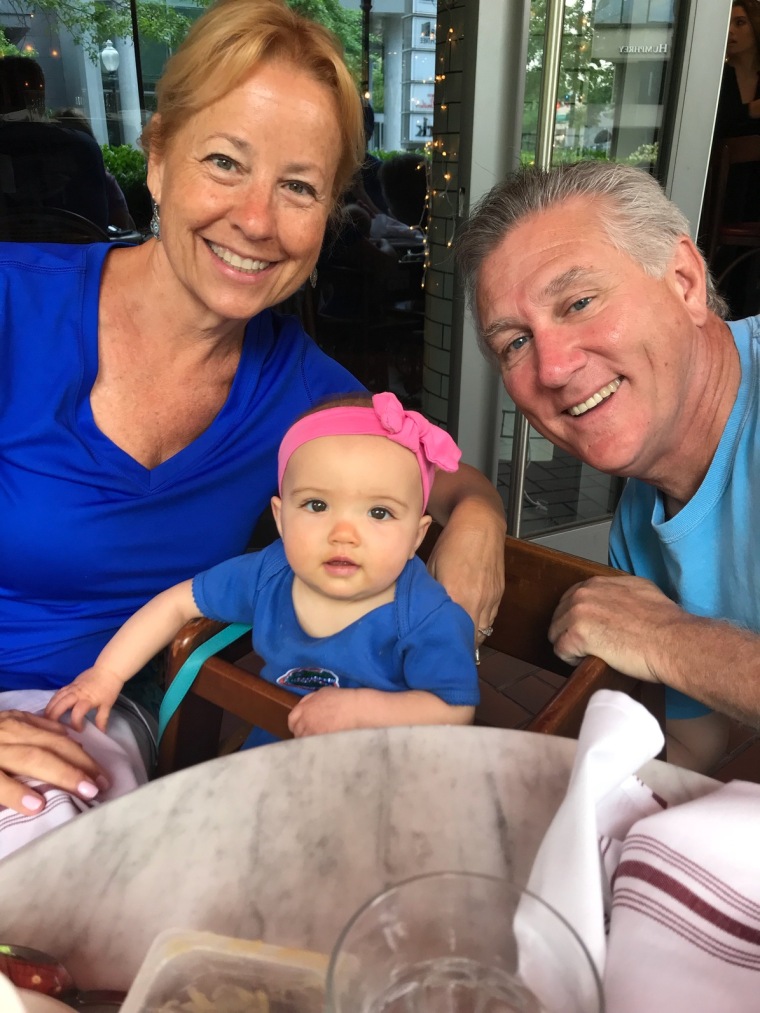 Considering all this, the real question that needs to be asked as a dual-earner couple thinking about having a child is this: Which person’s career will take priority?

Statistically speaking, it is usually the man’s. Why is it women usually end up with the baby end of the stick and men with the career end? I’ll be examining that in my next entry: The Grim, Meat-hook Realities of Motherhood and Why I’m Different. Disclaimer: parts of this one might be rated PG-13.